The following are my picks for the best bird books of 2012: 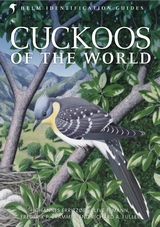 SUMMARY: This authoritative handbook, part of the Helm Identification Guides series, looks in detail at the world's cuckoos, couas and coucals - the family Cuculidae. Famed as brood-parasites of other birds, the cuckoos include a diverse range of species, from the roadrunners of North America to the spectacular malkohas of southern Asia. This book discusses the biology and identification of these birds on a species-by-species basis, bringing together the very latest research with accurate range maps, more than 600 stunning colour photographs that illuminate age and racial plumage differences, and 36 superb plates by a team of internationally renowned artists.

RECOMMENDATION: A MUST have for people with an interest in cuckoos and related birds. People that collect bird family monographs will want it also! 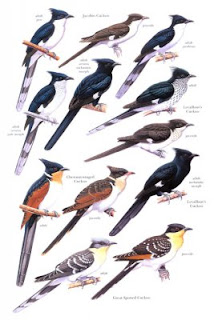 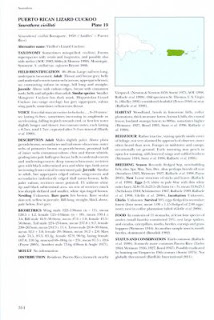 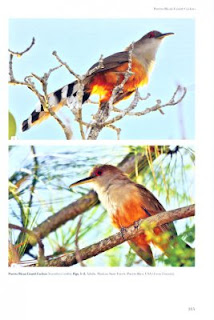 1) Howell, Steve N.G.. Petrels, Albatrosses & Storm-Petrels of North America: A Photographic Guide. 2012. Princeton University Press. Hardbound: 483 pages. Price: $45.00 U.S.
SUMMARY: Petrels, albatrosses, and storm-petrels are among the most beautiful yet least known of all the world's birds, living their lives at sea far from the sight of most people. Largely colored in shades of gray, black, and white, these enigmatic and fast-flying seabirds can be hard to differentiate, particularly from a moving boat. Useful worldwide, not just in North America, this photographic guide is based on unrivaled field experience and combines insightful text and hundreds of full-color images to help you identify these remarkable birds.
The first book of its kind, this guide features an introduction that explains ocean habitats and the latest developments in taxonomy. Detailed species accounts describe key identification features such as flight manner, plumage variation related to age and molt, seasonal occurrence patterns, and migration routes. Species accounts are arranged into groups helpful for field identification, and an overview of unique identification challenges is provided for each group. The guide also includes distribution maps for regularly occurring species as well as a bibliography, glossary, and appendixes.

*The first state-of-the-art photographic guide to these enigmatic seabirds
*Includes hundreds of full-color photos throughout
*Features detailed species accounts that describe flight, plumage, distribution, and more
*Provides overviews of ocean habitats, taxonomy, and conservation
*Offers tips on how to observe and identify birds at sea

RECOMMENDATION: A MUST have for pelagic birders! 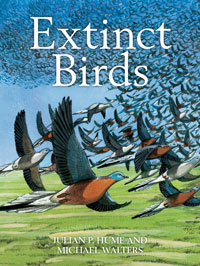 2) Hume, Julian P. and Michael Walters. Extinct Birds. 2011. T & A D Poyser. Hardbound: 544 pages. Price: 50.00 GBP (about $78.46 U.S.).
SUMMARY: This is the first comprehensive review of the hundreds of bird species and subspecies that have become extinct over the last 1,000 years of habitat degradation, over-hunting and rat introduction. Covering both familiar icons of extinction as well as more obscure birds, some known from just one specimen or from traveller's tales, the book also looks at hundreds of species from the subfossil record – birds that disappeared without ever being recorded. Julian Hume and Michael Walters recreate these lost birds in stunning detail, bringing together an up to date review of the literature for every species. From Great Auks, Carolina Parakeets and Dodos to the amazing yet completely vanished bird radiations of Hawaii and New Zealand, via rafts of extinctions in the Pacific and elsewhere, this book is both a sumptuous reference and an amazing testament to humanity's impact on birds.
A direct replacement for Greenway's seminal 1958 title Extinct and Vanishing Birds, this book will be the standard reference on the subject for generations to come.

SUMMARY: Among the world's most popular birds, hawks can be some of the most difficult birds to identify. They're most often seen flying high above and at a distance.
In the first edition of Hawks in Flight, Pete Dunne, David Sibley, and Clay Sutton presented a holistic method of hawk identification, using general body shape, the way they move, and the places they are most likely to be seen.
The new edition of the book that Roger Tory Peterson called a "landmark" integrates an array of carefully selected photographs, David Sibley's superb illustrations, and a clear, information-packed text and takes raptor identification to a higher level. This edition covers all of the raptors that breed in North America, including those with limited ranges in Florida, the Southwest, and Texas.
Picking up where its predecessor ended by including two decades of raptor identification refinement, Hawks in Flight summarizes and places in users’ hands an identification skill set that used to take years to master. The unique alchemy of Dunne, Sibley, and Sutton—including their collective experience of more than one hundred years watching hawks—make this book a singular achievement and a must-have for anyone interested in hawks.

RECOMMENDATION: A MUST have for raptor people, even if you own the first edition! 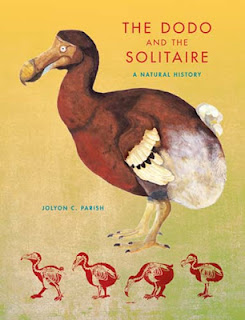 4) Parish, Jolyon C.. The Dodo and the Solitaire: A Natural History. 2012. Indiana University Press. Hardbound: 407 pages. Price: $75.00 U.S.
SUMMARY: The Dodo and the Solitaire is the most comprehensive book to date about these two famously extinct birds. It contains all the known contemporary accounts and illustrations of the dodo and solitaire, covering their history after extinction and discussing their ecology, classification, phylogenetic placement, and evolution. Both birds were large and flightless and lived on inhabited islands some 500 miles east of Madagascar. The first recorded descriptions of the dodo were provided by Dutch sailors who first encountered them in 1598—within 100 years, the dodo was extinct. So quickly did the bird disappear that there is insufficient evidence to form an entirely accurate picture of its appearance and ecology, and the absence has led to much speculation. The story of the dodo, like that of the solitaire, has been pieced together from fragments, both literary and physical, that have been carefully compiled and examined in this extraordinary volume.

RECOMMENDATION: A MUST have for people with an interest in these two species!